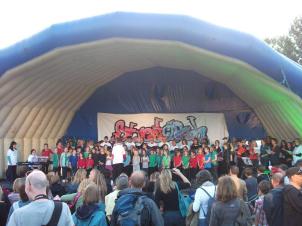 SongTrees Legends in Action was a London 2012 Cultural Olympiad Project and recipient of the 'Inspire' mark. The project featured special commissions, inspirational stories and music from top athletes that they had found to be life-affirming and beneficial in professional and personal journeys and ambitions. The work for Legends in Action involved the creation of a new SongTrees Choir of young people and adults from diverse backgrounds.

The intergenerational Choir and concerts promote family and community music-making in a fun and engaging way. The SongTrees Choir, conducted by the eminent educationalist Dr David Knotts, featured musicians from The Guildford Chamber Choir, Occam Singers, Royal Academy of Music, Junior Academy and the Music Mind Spirit Trust, in collaboration with children and families from Cranleigh Prep School, Cranleigh Primary School, Park Mead Primary School and other local schools and choirs.
The concert produced through SongTrees' Legends in Action was featured at the London 2012 Final Torch Celebration and the arrival of the Olympic Torch to Guildford, when SongTrees presented exciting new works by eminent and popular composers: 'Flame' by Ben Parry, 'Lumen'by David Knotts, and 'Star' by Calista Kazuko.

Memories of an Edwardian Garden

2014 marked the centenary of the First World War, as well as the Russia-UK Year of Cultural Heritage.
In partnership with Caspian Gardens and the Moscow & Voronezh Flower Show Gardens, creative learning opportunities through SongTrees Musical Memories were provided to people across the world. 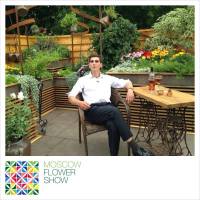 Feel welcome to join us for our next session or see us in concert.